What Kinda 2010 Census Does Using The Word Negro Make?

So, the government felt the need to be funny for the 2010 census by adding Negro as a choice of ethnicity on their questionnaire? 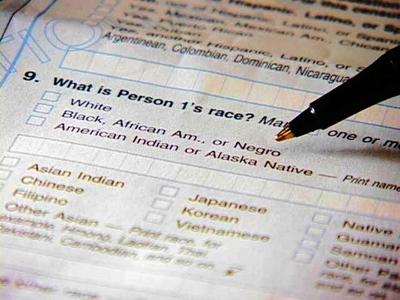 “Many older African-Americans identified themselves that way, and many still do,” Martin told the New York Daily News. “Those who identify themselves as Negroes need to be included.”

The term, which was used most often during the 1960's, evokes memories of Jim Crow and segregation laws for many African Americans. Many critics say the word is outdated and offensive.

The form was given the green light by Congress more than one year ago and the word has reportedly appeared on past forms.

For its part, Jack Martin, a spokesman for the U.S. Census Bureau, said the term “negro” is intended to offer older African-Americans a new identifier. Martin went on to a call it a term of inclusion that would ensure an accurate count of the nation's minority residents.

Sounds to me like they're trying to eliminate the black vote, because I won't even lie, my first thought was, how about I just don't complete the survey at all since the shit don't necessarily refer to me?