What's Ghetto Is When You Call 911 for Shrimp Shortage 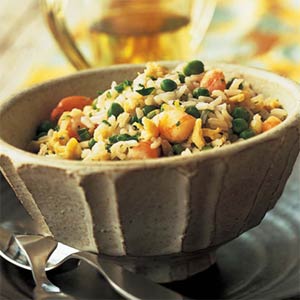 A woman dialed 911 on Monday afternoon to report that she didn’t get extra shrimp in her fried rice order.

Restaurant' employees said the woman originally left with her order, but came back claiming she didn't get her full $1.62 worth of extra shrimp. Since she had already left the building with her food, they refused to give her a refund.

“She started yelling and screaming, brought her boyfriend in and they started making a scene in here,” said Alex Kim, the restaurant's attorney.

Employees said that's when the irate woman called 911 to try to get help from the police.

“I always get the shrimp fried rice, so I said I'm going to get extra meat this time. But he didn’t even put extra shrimp in there,” she told the 911 operator.

The woman also told the operator that she demanded either a refund or the additional crustaceans, and that she decided to place the emergency call when she was met with resistance.

“I'm just saying, to get a police officer up here, what has to happen?” the caller asked the operator.

The incident mirrors a March episode in Florida in which a woman dialed 911 about her McDonald's order. In that case, police arrested the woman.

Restaurant employees said they actually expect to see the woman again. She is a frequent customer. And if she does come again, they will be more than happy to take care of her, they said.