Who says you can't take it with you when you die? Whitney Houston did, and now there's rumors circulating that the family are considering encasing her body in concrete to protect the $750,000 jewelry she was put to rest in. 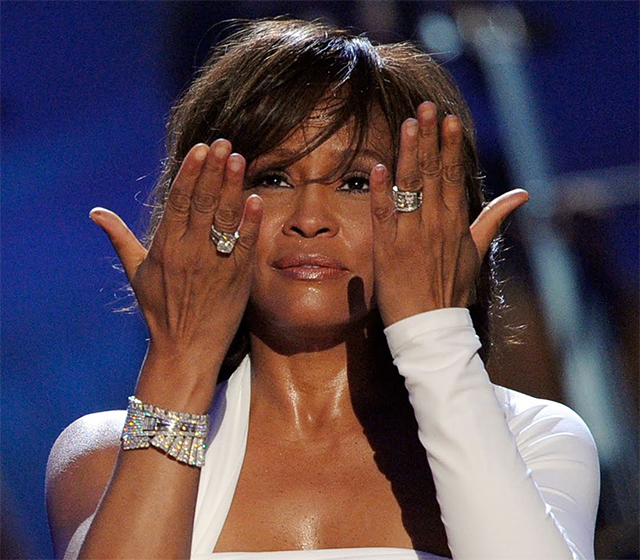 According to reports, Cissy Houston, Whitney’s mother, cannot afford to continue to pay the private security guards who have been keeping a vigil at her daughter’s grave located in Westfield, New Jersey:

“Cissy can’t afford to keep paying guards forever. A concrete encasement is the only answer.”

Placing a coffin in concrete will deter anyone from gaining access to it, because it would take an exorbitant amount of time to get to it, even if using a pneumatic drill, according to a burial expert at Hollywood Forever who spoke to the Daily Star, the final resting place of Tinsel Town’s top celebs.