Who On Earth Confuses Whoopi Goldberg With Oprah?

When major brands fail to identify Whoopi Goldberg from Oprah Winfrey, it becomes apparent why the Oscar’s Are So White. They think all black people look and act alike.

During last night’s Oscars red-carpet coverage, beauty site Total Beauty tweeted with surprise that Oprah had a tattoo. But it wasn’t a photo of Oprah Winfrey it was marveling at. It was a red-carpet photo of Whoopi Goldberg. The tweet was immediately flooded with comments cringing over the egregious mistake. 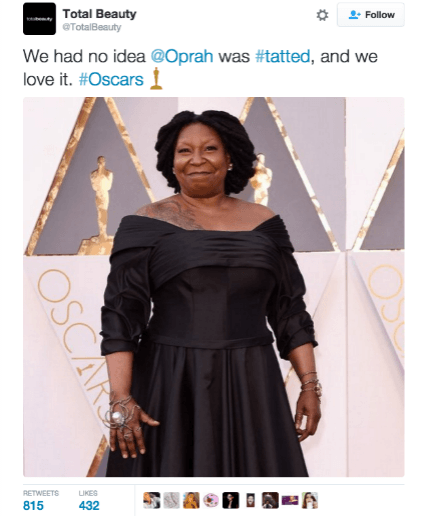 Total Beauty tweeted out an apology for their tweet identifying Whoopi Goldberg as Oprah Winfrey late Sunday night. The tweet read, “We’d like to apologize to Oprah and Whoopi, as well as everyone we’ve offended. It was our error, and there are no excuses. We’re sorry.” 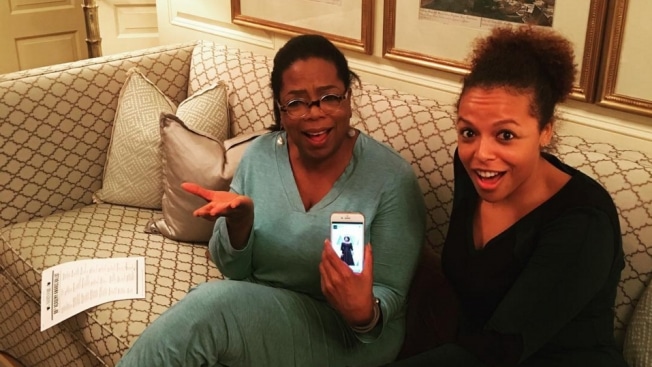 I for one don’t think they are sorry at all. I for one think they knew exactly what they were doing by stirring up controversy surrounding current issues.

“You could not have picked a worse year for a gaffe like this one. #OscarsSoWhite,” tweeted Steven Nelson, professor of African and African-American art history at UCLA, referring to the diversity controversy that preceded the ceremony.