Fashion experts predict that each year at the Oscar’s not only does bling rule on the red carpet, but so does color. This year for the 82nd Annual Academy Awards that color was blue. Celebrities in large quantities filled the red carpet in blue dresses that caught the attention of many who questioned: what’s going on with all the ladies wearing blue? 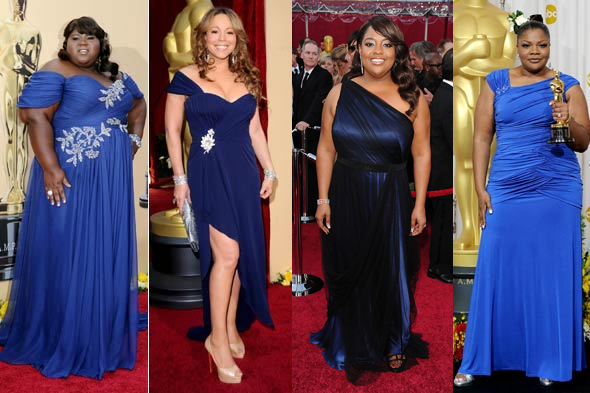 As you can see, just about the entire cast from the film “Precious: Based on the Novel PUSH by Sapphire” were draped in the color blue. While no one person can speak for everyone, Mo’Nique who won “Best Supporting Actress” in the film gives all her credit to the late Hattie McDaniel (the first African American to ever win an Oscar).