Muslim Hijabs May Soon Become a Thing of The Past

In the Muslim world, the wearing of the veil comes from the belief that the honor of the family resides in the conduct of its women. Honor depends on a woman remaining chaste; should she be violated in any way, the men of the family risk being seen as weak and perhaps even being ostracized. Thus, in order to be respected by men, and protected from them, in public a woman should not flout her looks. But, French lawmakers are trying to change all that. 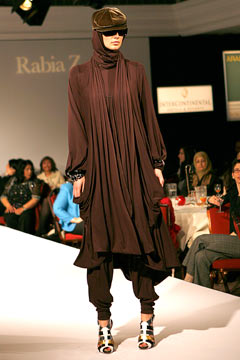 The bill defines public space very broadly, including not just government buildings and public transport, but all streets, markets and thoroughfares, private businesses and entertainment venues.

Similar laws are pending in Belgium, Spain and some Italian municipalities, but the ban is particularly sensitive in France, whose rundown city suburbs are home to Europe’s biggest Muslim minority.

Justice Minister Michele Alliot-Marie told lawmakers debating the bill that its adoption would assert French values and help to better integrate Muslim communities into the national way of life.

She said being forced to wear the niqab or the burqa “amounts to being cut off from society and rejecting the very spirit of the French republic that is founded on a desire to live together.”

Under the bill, men who force their wives or daughters to cover themselves for religious reasons face penalties of up to 30,000 euros and a one-year jail term.