Actress Viola Davis may not have won the Oscar for “Best Actress” for her role in “The Help” at last night’s 84th Annual Academy Awards, but her natural, bold, short cropped Afro got plenty of attention.

In a mainstream environment and entertainment industry that has well-defined rules of what beauty is and how it should look, long, silky and flowing locks rate at the top of the list of non-negotiable requirements. While Davis is not the first, nor the only black woman to wear her natural hair without worry, last night was a night where not too many African American’s are recognized for their natural talents, let alone their natural beauty. Most would believe that image would be important on the Academy Awards red carpet, and not conforming to standards would be taking a huge risk.

Some accepted Davis’ hair with open arms, and thought her new look is better suited for her personal character and facial features.

“She looked younger and more vibrant on Oscar night,” says Karen Mitchell, owner of New York’s popular True Indian Hair. “Her wigs weren’t that great and it was clear she needed a custom-fitted wig and style that worked better for her face.”

Others were a bit more uncertain of her transition. They found her look to be a good look, but also felt it would only be temporary considering Hollywood’s addiction to human hair extensions. 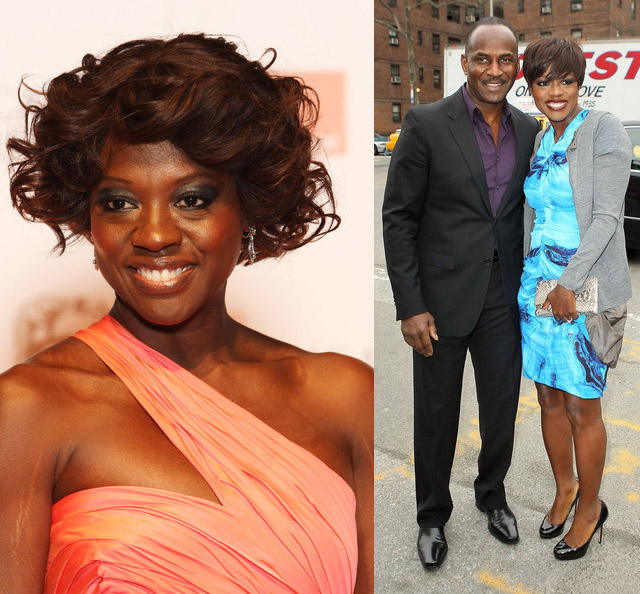 “Wigs and weaves give women confidence and the chance for an ever changing alter ego,” says Joshua Brown, a celebrity hair stylist who works frequently for VH1. “I love that Viola didn’t wear a wig to Oscars and did her own thing, but she’ll have one back on again soon. It’s a woman’s greatest accessory. Almost like a great pair of pumps or great handbag. Every woman needs good wig in her closet.”

Davis admitted that she hadn’t worn her real hair in public for eons, and had only felt the urge to do so during her recent Oscar journey. She revealed at the Essence “Black Women In Hollywood” luncheon that her husband had been the propagator. He’d told her — quote — to “step into who I am.”

“I think it was a bold move but she is truly content with who she is,” said celebrity stylist Damone Roberts, who’s worked with the likes of Beyonce and Madonna. “She was making a statement about having power to just be Viola.”