WOW… Catholic Church Claims It's Ready for a Black Pope 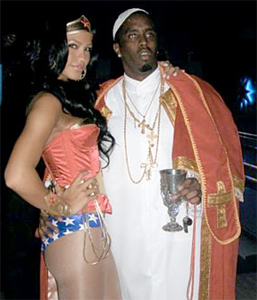 The Roman Catholic Church is ready for a black pope, the former head of the US bishops conference told an Italian newspaper after Tuesday's election of the first African-American president in the United States.

“If (Barack) Obama at the White House is like the first man on the moon, the same thing can certainly happen for the throne of Peter (the papacy),” Atlanta Archbishop Wilton Daniel Gregory told the daily La Stampa in an interview published Thursday.

Obama's election “is a great step for humanity, a sign that in the United States the issue of race and the problem of discrimination have been overcome,” said Gregory, who is himself black.

Gregory, who hails from Obama's home city of Chicago, became the first African American to head the US Conference of Catholic Bishops, a post he held from 2001 to 2004, when he became archbishop of Atlanta, Georgia.

“The Church has also made impressive advances,” he said, noting the increasingly “international and cosmopolitan” nature of the Vatican hierarchy, the Curia.

The election of a black pope “is certainly possible,” said Gregory, 60. “Thanks to the wisdom of the cardinals, that could happen at the next conclave” after the death of Pope Benedict XVI, he said.

During the 2005 conclave that elected Benedict, one of the College of Cardinals' 16 Africans, Francis Arinze of Nigeria, was considered “papabile,” or a potential successor to the late John Paul II.

Arinze has headed the Vatican's Congregation for Divine Worship since 2002, and was a top adviser to the Polish pope.