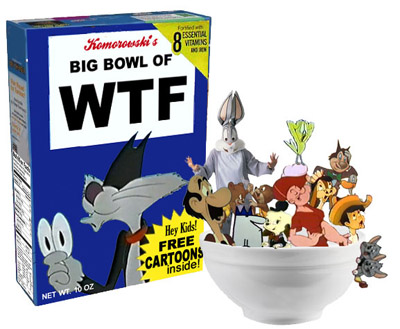 A sex offender who posed as a 12-year-old boy to enroll in Arizona schools has pleaded guilty to seven criminal charges, two stemming from the charade he pulled for two years, and will go to prison for more than 70 years, a prosecutor said Wednesday.

Authorities didn't find any victims of sexual abuse at the schools 30-year-old Neil Havens Rodreick II attended. But when Rodreick's ruse was discovered in January 2007, they found an extensive collection of child pornography at his home.

Rodreick had originally faced 28 counts, but pleaded guilty to only a quarter of them Friday in Yavapai County Superior Court in northern Arizona, according to a plea agreement document obtained Wednesday. Rodreick pleaded guilty to four counts of sexual exploitation of a minor stemming from the pornography, as well as one count each of failure to register as a sex offender, fraud and simple assault.

The felony fraud and misdemeanor assault charge are the only ones that stem from Rodreick's involvement at schools. Authorities say he enrolled in school under fraudulent pretenses, and that he grabbed a girl's buttocks at a charter school in Prescott Valley with the intent to injure, insult or provoke.

Authorities said that when the girl believed Rodreick to be a boy, she shrugged off his behavior as immature. But when police told her his true age, the girl became upset and started to cry.

Yavapai County Attorney Sheila Polk said according to the terms of the plea deal, Rodreick must serve no less than 70½ years in prison and will not be eligible for release until his sentence is up. She declined to comment further.

Sentencing has not been scheduled.

Rodreick attended charter schools in Surprise, Payson and Prescott Valley starting in 2005, authorities said. They say he shaved and wore pancake makeup to help him appear younger, convincing teachers, students and administrators that he was a young boy named Casey.

He was caught in January 2007 after spending a day in the seventh grade at a Chino Valley school after school officials became suspicious about his paperwork.

Rodreick was arrested with Brian J. Nellis, 36, who was posing as Rodreick's cousin, and two older men posing as the men's uncle and grandfather.

Nellis, Lonnie Eugene Stiffler, 63, and Robert James Snow, 45, were indicted on various charges, including child pornography and forgery. Nellis and Snow, both convicted sex offenders, were also charged with failing to register with authorities.

When authorities searched the four men's home in Chino Valley, a community northwest of Phoenix, they found more than 600 graphic photos and videos of child pornography and a sex tape that depicts Rodreick and a boy between the ages of 10 and 13 having sex in a motel room.

Before coming to Arizona, Rodreick was convicted in Oklahoma of lewdly propositioning a 6-year-old boy in 1996. He served about six years in prison.

The trial for Nellis, Stiffler and Snow is scheduled to begin Nov. 19.