WTF? Black Man Arrested for LITERALLY Acting Like A Dog 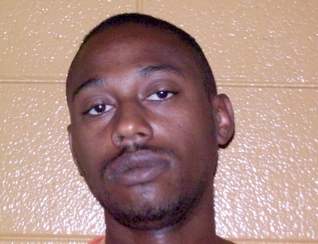 Man, JUST SAY NO TO DRUGS.  The more I read this story, the more I find it to be quite unique to say the least…

A Texas man who was arrested Thursday on drug charges after construction workers witnessed him on his hands and knees, eating mud and growling like a dog is being monitored today inside the DeSoto Detention Center.

“He was covered in mud when he was brought in. … In fact, he had ingested so much mud that he was throwing up mud,” Womack said.

Loyd, 32, of Lufkin, Texas, is in a cell where jailers can keep an eye on him, Womack said. “We’ve not been able to communicate with him much.”

A female who had accompanied Loyd from Texas to a Mansfield housing complex, where Loyd was visiting relatives, told authorities that Loyd had been acting strange most of the day. She said he had been wandering around the complex and eating dog food.

“She said he was a regular user of PCP,” Womack said.

Tri-Parish Drug Task Force agents and Mansfield police responded to the area when contractors, who were at a construction site on the complex, reported seeing Loyd hide something near where they were working. They started watching him and when they approached him he was “on all fours eating mud, rolling around and growled at them like a dog,” Womack said.

Loyd ran into an apartment when officers arrived. But they coaxed him out and he was arrested without incident.

The drugs also were located. Womack described the marijuana as “high grade,” saying it was hydroponic, meaning it had been grown indoors. The female, who was questioned and released, alleged that Loyd brought the drugs from Texas, Womack said.