WTF? Body Left To Rott In Hearse for Families Refusal To Pay 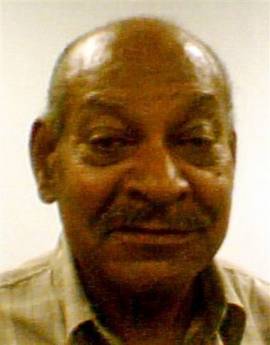 A funeral director accused of leaving a woman's body to decay in a parked hearse after her relatives failed to pay the bill was arrested on a felony charge of abusing a corpse, police said Wednesday. Watson and Sons Funeral Home embalmed the remains of Edna Kathleen Woods, 52, after she died of natural causes in November 2007, said Gadsden police Sgt. Jeff Wright. Relatives wanted the body cremated but failed to sign the necessary paperwork or pay owner Harold Watson Sr., he said.

After storing the corpse at his funeral home for more than a year, Wright said, the 76-year-old Watson decided to move it because he couldn't reach the woman's family.

Someone complained about a foul smell near downtown Gadsden, about 60 miles northeast of Birmingham, and officers on Tuesday found the woman's remains in a cardboard box that was inside a locked hearse parked on a piece of property that Watson owns.

Watson was arrested after officers tracked the hearse to him. The body apparently was in the hearse for about two months, and the battery had been removed so no one could move the vehicle, Wright said.

Funeral directors with unclaimed bodies can file a petition to have counties dispose of remains.

“He knows better. The family wouldn't pay him, so he just got rid of it,” Wright said.

The head of the state office that regulates Alabama's funeral industry said Watson could lose his director's license if convicted.

“We don't have many cases this bizarre,” said Warren Higgins, executive secretary of the Alabama Board of Funeral Service. “We're just waiting to hear more from the authorities in Gadsden.”

Police didn't know how much the woman's relatives owed, and it wasn't clear who notified officers about the hearse.

Higgins said the funeral agency had not received any complaints about Watson's work since the early 1980s, when questions arose about whether he could use the name “Watson and Sons” for the business because his sons were not licensed morticians.

Watson was allowed to continue using the name provided he hired a licensed embalmer, Higgins said. Watson is not licensed to embalm bodies.