WTF? Having Sex and Just Being Black = HIV 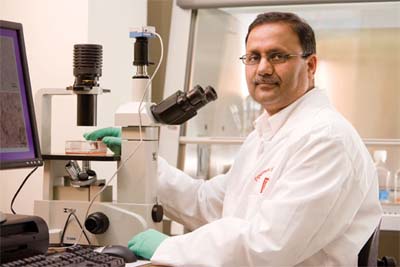 Talk about HIV Awareness? I don’t even know what to think about researchers coming up to this crazy conclusion as to why black people are contracting HIV (of all things) at such a high rate. The next thing you know they’re going to label it as a disease caused by African Americans and the only reason other people have it/get it is from engaging in interracial sex. I’m just saying.

An international team of AIDS scientists has discovered that a gene variant common in blacks protects against certain types of malaria but increases susceptibility to HIV infection by 40 percent.

Researchers, keen to find some biological clues to explain why people of African descent are bearing a disproportionate share of the world’s AIDS cases, suspect this subtle genetic trait – found in 60 percent of American blacks and 90 percent of Africans – might partly explain the difference.

“The cause of this imbalance is not necessarily driven by behavior,” said Phill Wilson, founder of the Black AIDS Institute in Los Angeles. “Gay black men do not engage in riskier behavior than gay white men, for example. African people with this gene may have a higher vulnerability.”

Based on their analysis, the researchers estimated that this gene variant alone may account for 11 percent of the estimated 25 million HIV infections that have occurred in sub-Saharan Africa – roughly 2.7 million cases.

The gene study was led by Dr. Sunil Ahuja, a professor of infectious diseases at the University of Texas Health Science Center at San Antonio, and published Wednesday in the journal Cell Host & Microbe.

How The Study Was Done

To find out if people carrying the malaria-protective gene might be more vulnerable to HIV, researchers drew on a unique cohort of experimental subjects – U.S. Air Force personnel whose blood has been collected and stored for 25 years.

The Wilford Hall Medical Center cohort is a valuable resource for genetic research because military personnel live in similar environments (military bases), work for the same employer (the Air Force), have similar incomes and the same health care. Those similarities make it easier for researchers to pinpoint differences unlikely to be caused by social or environmental factors.

In this study, researchers compared 814 African American military personnel who were HIV-negative with 470 who were infected with HIV.

They also screened those airmen to find if they carried the Duffy protein. Out of this comparison popped the surprising number: A 40 percent higher risk of HIV among those whose genes suppressed the Duffy protein – a trait that presumably evolved in Africa as a defense against malaria.

read more on this story