WTH? Teen Threatens To Kill Santa If She Doesn't Get Christmas Wishes

In a traditional letter to Santa, a troubled 13-year-old is demanding her Christmas list be fulfilled, or “Father Christmas” will die. She also threatened to “hunt down” Santa's reindeer and cook them and serve their meat to homeless people on Xmas day if she doesn't get her way. 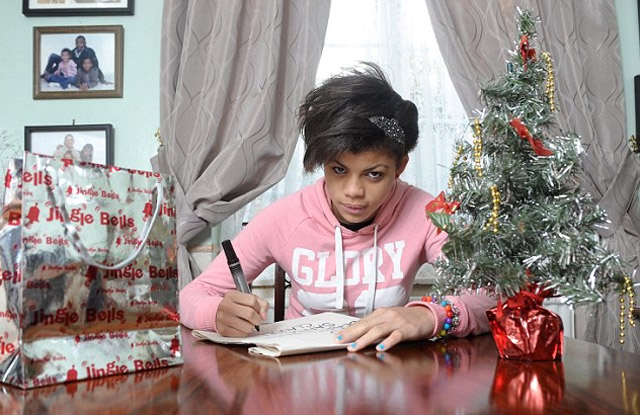 The mother of Mekeeda Austin, 13, was allegedly dumbstruck when she read the letter she found in her daughter's backpack written to Santa. The letter demanded a Blackberry, a designer Laura Knitted 33 Jumper, money, Converse trainers, and sunglasses. She also insists Santa bring her “the real” Justin Bieber and teenage singer Austin Mahone.

The letter is signed off with a warning that read: “Remember…two of these, or you die.”

Apparently scared of her daughter's reactions if she doesn't get what she wants, Mekeeda's mother says she plans to do what she can to see that her daughter's wishes are met.

“When I first found the letter I thought it was funny, now I think I better get her what she wants, the last thing I want is for her to kill Santa…. I know it sounds like she is spoilt but I like to get my daughter what she wants. Also, you don't want to get on the wrong side of her.”

Well, if there was a good time to put the words in Red Peters' song “You Aint Getting Sh*t for Christmas,” to good use, now would be it. Wouldn't you agree?